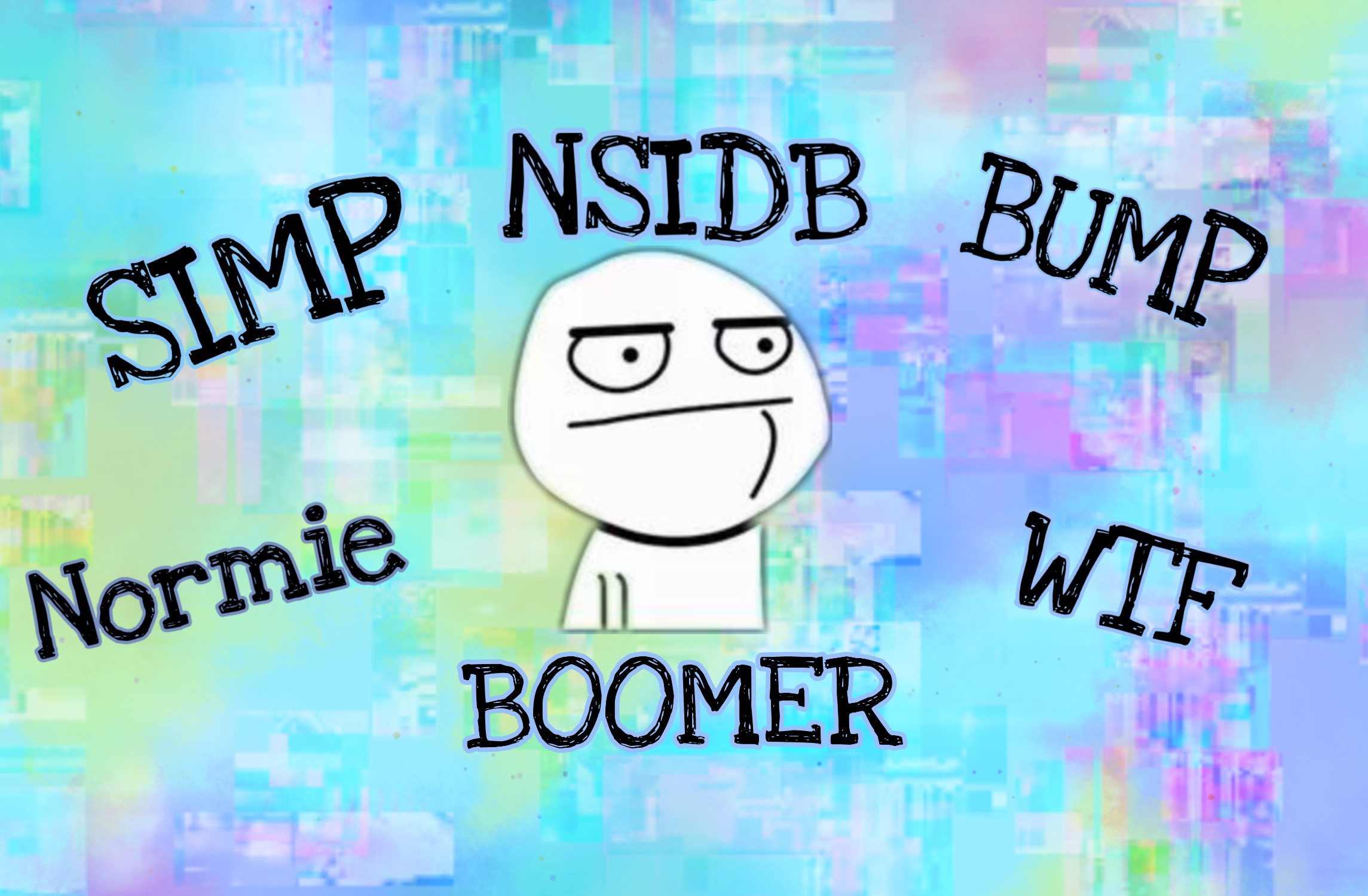 Simp is a slang, used for a person who gives way too much value to any Girl in the hope that she will get impressed. Commonly, Simp means the person who lacks common or Dumb but on social media, It is used in another way.

Hope you are familiar with Doggo memes. Cheems is Simp version of Doggo world. He is a Casanova dog who uses cheap tricks and words to impress female doggo.

Nibba and Nibbi word represents the Underage Boys and Girls respectively who show off too much in comparison to their age. They pretend COOL by following the stupid tik-tok trend and using a way too much-exaggerating caption for their picture/post.

Meaning : Bring Up My Post.
People comment it on funny memes to increase the reach of that post. It represents support and appreciates the creativity of memer.

Meaning: Not Sure If Done Before
The nsidb is used when anyone creates any meme but he isn’t sure that whether anyone else has created the same thing before him.

Meaning: Short term of FAMILY
Used in Insta live videos to give importance to e-family of followers

Meaning: On The Way

Meaning: Not Safe For Workplace
Any picture or video with inappropriate graphics and audio which isn’t suitable to see in the workplace or public place. It works as a Warning for Audiences.

Meaning: What The Fuck
Used to show Confusion or Anger over any topic.

Meaning: What The Hell

Disclaimer: All the pictures used in this blog are collected from plethora of social media which includes Reddit, Facebook, Twitter and Google etc. We tried to give the proper credit to the creator as much as possible but few of them are unknown to us. Feel free to comment your opinions on it because We would love to sort it out for you.

If you are interested in publishing your meme on our site or blog then Submit us here or tweet it. We would love to mention that.