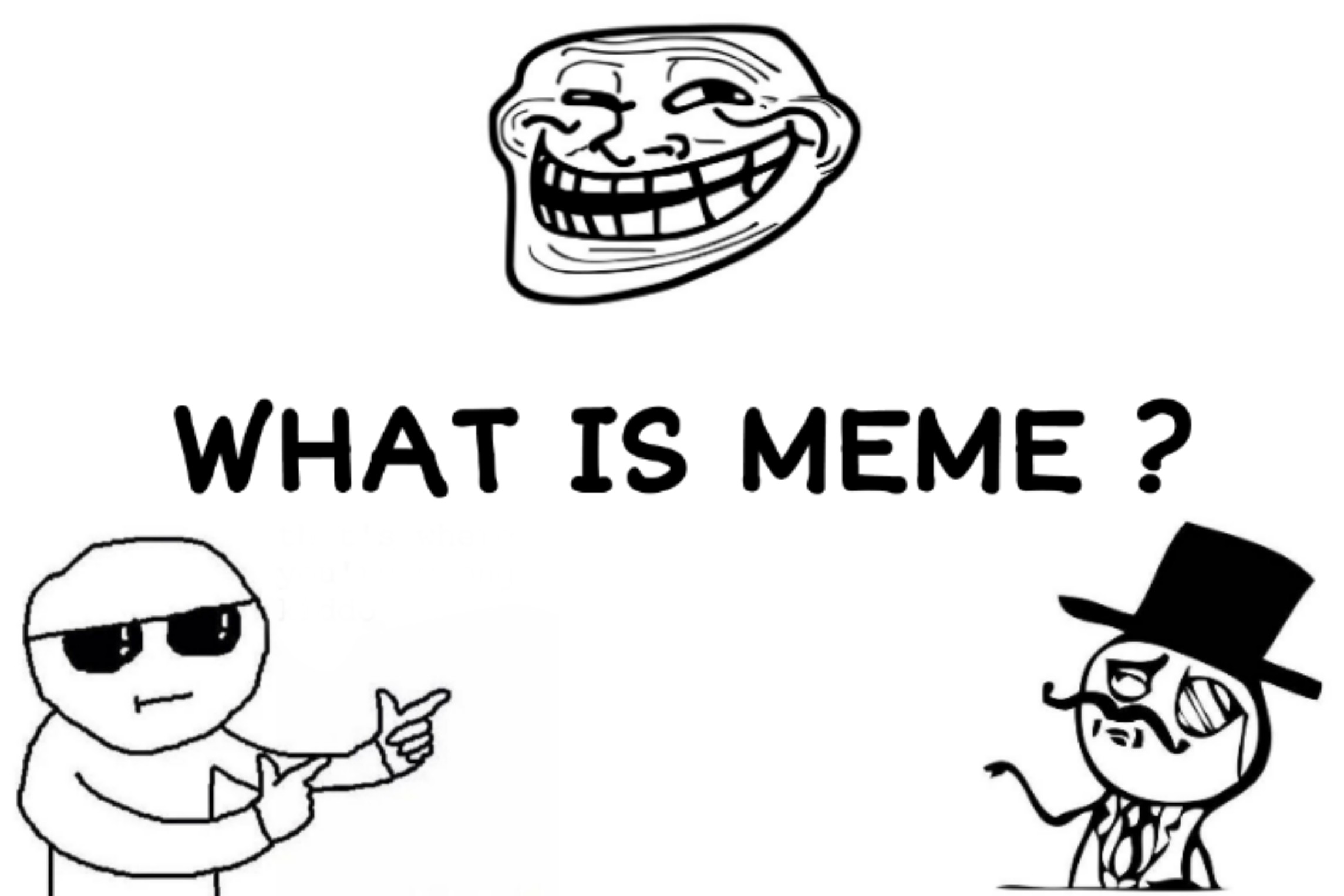 Hello and welcome to GetMemeTemplates where we provide you latest and best quality meme templates. In this article, I am gonna take a look at exactly “What is meme ?”.

If you are reading this article, you more than likely have come across a meme online at the very least you have heard the word before. There’s been many times when I talk to the people who don’t use the internet very often. If I happen to mention memes to them, the next question they ask is always “What is meme ?”. I typically have very hard time answering that question. I mean how you define that which by nature is meant to be undefinable. Something that can nearly be anything and everything and sometimes nothing at all. Should you tell them “A meme is something like troll face !”

Is Troll Face A Meme ?

Yes ! Troll face is a meme but it doesn’t define all memes. You have things like Success Kid which has nothing in common with Troll face. And of course you can’t describe a meme as being things like success kid because that’s completely different from other things like Grumpy Cat, Doggo, Aur Batao, Be Like Bro, Tide Pods, Ermahgerd girl, Sad Keanu, etc.

So typically my response to the person who asks me about memes is “It’s a kind of like internet joke type things.” But a meme is so much more that that.

What Does Wikipedia Say About Memes ?

Wikipedia defines meme as an idea, behavior or style that spreads by means of imitation from person to person within a culture and often carries symbolic meaning representing a particular phenomenon or theme. (Read more)

But the word meme is not only used to define the things from the internet either. In fact the word originates from a book titled “The Selfish Gene” written by Richard Dawkins in 1976.

1976 you guess, that was before the internet was what it is today. The book talks about memes as ways or things human behavior and culture are not only shared but involved from. There are numerous memes we use everyday without realizing it. When we meet somebody for the first time, when shake their hand, that’s a meme that has been shared and passed down within our culture for years. When people sing you a Happy Birthday song for you on your Birthday that can be considered as meme as well.

Naturally as we have entered the 21st century and technology has taken center stage. And a large portion of people spend time online. Memes have become what we know them as today.They can be funny images, funny videos and a puzzle inside jokes.

They are ways we communicate with each other and they have even become a part of our identities. So yes at their core, memes are things like Grumpy Cat, Doggo, etc. But they have become so much more than that.

Memes have become a part of everyday internet culture. Sometimes they say things that words could not do justice. Some brings us up when we are feeling down. Some makes us loose faith in humanity while others help us remember how great it is to be alive in today’s world. They allow us to communicate with one another and enjoy this experience we call “Life”. A meme can mean something different to everybody. But one thing a meme always is a way for us to bond with each other as humans and create a snapshot of this moment in time. One thing a meme has become for me is a way to meet all wonderful people around the world, who show such a tremendous support and love.

I hope this article was helpful for you and help you to answer “What is meme ?” when someone asks you now. We will be happy to know what are your views on this topic that is “What does memes mean to you ?” Tell us in comments !