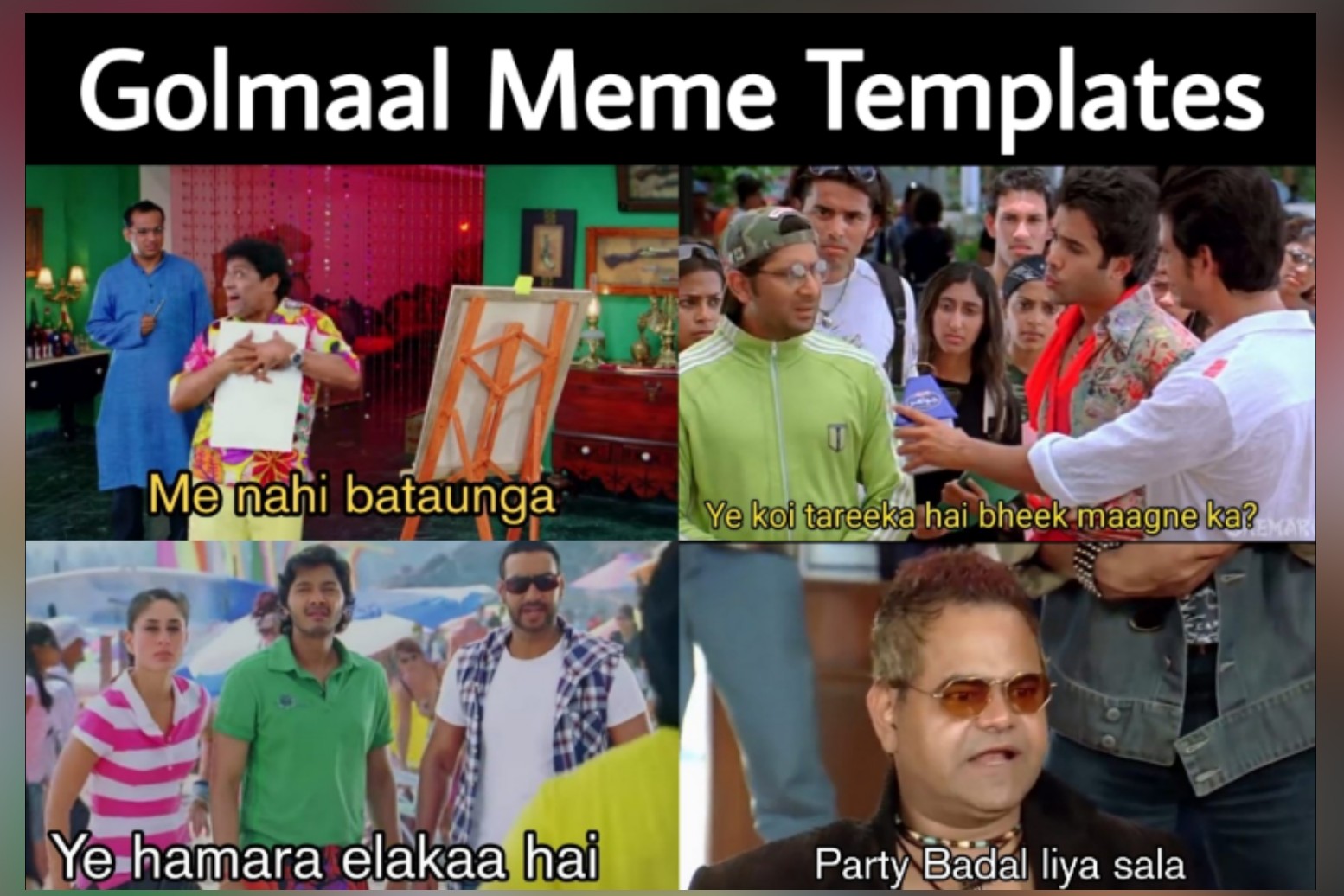 Check out our one more collection of Bollywood movie meme templates i.e., “Golmaal Meme Templates”. Here you will get 20+ best quality indian meme templates. But before that let’s have a quick introduction with this movie.

Golmaal is one the top rated comedy movie starred by Ajay Devgan, Tushar kapoor, Arshad Warshi and Sharman Joshi.The story revolves around 4 mischief friends Gopal,Lucky,Madhav and Laxman who always get into trouble in their daily life but their life changes completely when they become tenant of an old couple living in an old bunglow. They get to know that Couple are rich and had hidden treasure in that in their house.They start to act like Grandson of those couple and at the same time falls in love with their neighbour NIRALI.Their plan get intervened by a gangster Babli as he was also chasing it from long time.The never ending game of cat and mouse starts to get hands on treasure first which generates a lot of funny moments.

The movie got a lot of appreciation hence later it’s sequel were also released by production company named as- Golmaal:Fun Unlimited,Golmaal Returns,Golmaal 3, Golmaal Again. Here we are presenting meme templates based on all movie series.

So I hope our this collection i.e., “Golmaal Meme Templates” is useful for you. If yes, then give it a thumbs up and share it with others. For more latest and best quality Indian meme templates, Stay Tuned with us !!